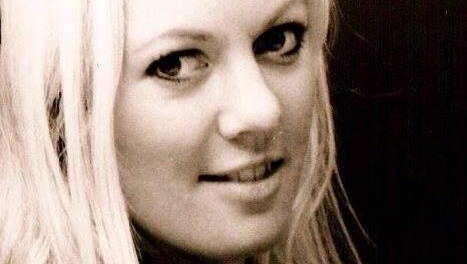 ‘Look, a starfish, bright orange. Look at it.’ Sophie points to the ripples in the rock pool, her pigtails drop down over her cheeks, cover the freckles that have faded in the sun. ‘Billie, look.’ He is further from her, closer to the shore. He jumps across the rocks, one leg followed by the other, to where she is crouching down, pointing.

The wind stirs up the water. It is difficult to see beneath the surface. He scrunches his eyes almost shut, but not quite. ‘It was there, I promise,’ she insists, but he is unsure, wonders if it was worth the distance. He had been disturbed from scooping up mounds of volcanic sand into a cracked blue bucket that he had found outside the barn this morning. He had wondered if it was there to be used or whether he should have left it alone. There had been lots of old deck chairs lined up against the stone wall, the wood frames held together by sun-bleached fabric a few rips and holes. They had looked as though they were waiting to be used or restored. Nothing looked as though it had been let out for some time and he had decided that the bucket, at least, deserved some time at the beach. There hadn’t been anybody about to ask.

‘I can’t see anything,’ he said, squinting, closing one eye, then the other. ‘Nope.’
‘It’s there,’ she said, her voice rising, insistent.
‘Maybe it’s an illustration,’ he said.
‘You mean an illusion.’ She sound irritated.
‘Well, like a mirror.’
‘It’s a mirage, you numpty, an illusion or a mirage.’
‘I think illustration and mirror sound better.’
‘But they’re wrong,’ she said. She always had to be right.

He moves back towards the shore. The tide is now coming in and the pools have filled almost to the outer edges. Some of the anemones have vanished underwater, leaving only a blurred outline through the ripples, and a few of the pools have merged. He would have to jump higher, reaching further with each foot. The sun lowers over the horizon to meet the sea. He wonders which country it will travel towards next, leaving the shoreline in a low, shimmering light. What will the ocean will look like from the Space Station?

’It travels around the planet at over 17,000 miles an hour,’ Dad had told them last night. ’That’s about 5 miles per second.’ Billie had asked how many sunrises you could see if you were an Octonaut. ‘Astronaut,’ she had said. He found it infuriating. Dad had merely smiled and told them that it was every ninety-two minutes. Billie had tried to imagine how long ninety-two minutes would be and whether it was longer than Maths or longer than lunch break. Time was measured by chunks of school days, of lesson times or playtimes. Ninety-two minutes, he had repeated to himself quietly. He liked the sound of the words and he had tried to imagine the countdown to blast off that launched the first rocket into space, and the rush of flames and noise into the atmosphere.

He looked up. Sophie was striding towards him with what looked like a starfish dangling from the pincer grip formed by her finger and thumb. It was bright orange. She stopped, balancing on a rock, draped it over her head and carried on jumping until she reached him.

‘Look. Told you. It was there.’ She grimaced, the orange legs threatening to cover her eyes.
‘Yes,’ he said, ‘very good.’
‘Big, isn’t it?’ He nodded. ‘Wanna hold it?’ she asked.
He shook his head. ‘Nope.’
‘Why not? Bet you’ve never held one before.’
‘Because it’s wet and slippery and because I don’t want to.’
‘How do you know it’s slippery?’
‘Just do.’ He stuck his tongue out at her and ran towards the water, kept running until he was in up to his knees, his flip flops ejected somewhere before he had reached the froth as the waves crashed against the shore.

She ran in after him and threw the starfish at him but it missed, disappearing into the water. She waded in until her head went under. He watched, staring at the spot where her head became submerged, but she did not reappear. He waited, seagulls circling overhead, swooping, diving. She was still under. Billie thought about the times when she had teased him in the pool where they had learned to swim, remembered the sense of dread that he had felt about her drowning. She couldn’t have drowned, not yet, she would just be holding her breath and making him wait, teasing him. That’s what she always did. Tease.

He waited but she did not reappear, each wave crashing over the spot where she had become submerged, slapping down on the surface of the water, almost telling him she’d gone. He swam towards the spot, the current underneath him felt strong, not quite a rip because the water was pale, frothy and restless, not dark and still. He had seen a rip before, been warned to keep away, told to swim along the shore and not in towards it.

That’s how you drown, the lifeguard had said, stay calm, swim on your back and raise one arm. He wondered if his sister had drowned and he felt a surge of guilt for running away.Billie dived down, opened his eyes, saw the bubbles coming from his own lips. The starfish was resting on the sea bed. It looked less orange now. There was no sign of his sister, no grimace, not even a smile. His heart started to beat faster, forming a thudding sound in his chest and his head, pounding. He thought of what he would say to their parents about how he had lost her, and it would be all his fault because she was his little sister and she wasn’t a strong swimmer. They would not know about the star fish and the teasing, wouldn’t know that he was trying to get away. Now she was gone and it would be all his fault.

He dived up to the surface to draw in air and plunged back down again, opened his eyes and flapped his hands, but this stirred up the water, stopping him from seeing beyond his fingertips. Then he saw a hand, his sister’s hand. It looked as though it was floating, disconnected. He grabbed it and pulled it towards him, her body following, then he gripped her around the chest and pulled her back up. Her face was pale. He dragged her out and lay her down on the sand. Her body was lifeless. He was certain that she was no longer alive and that it would be his fault.

Billie placed his ear to her nose but there was no breath, and as he looked down the length of her body there was no movement in her chest. He put two fingers on her wrist and began to breath into her mouth. He pumped her chest, tried to force life back into her. He pushed hard, using greater force than he would have be allowed to use in a fight. There was a splutter, then she vomited. He rolled her onto her side. A feeling of panic that had been rising in him did not subside now she had started breathing. He could hear the fast pace of footsteps and looked up to see two men running towards them. They had arrived out of nowhere. The beach had been empty when they were in the relative safety of the rock pools. They were carrying a stretcher. Somebody must have seen, must have called for help.

As they lay the stretcher down and lifted her body onto it, he did not want to let her go. He had failed to keep her safe. They asked him if he wanted to go with them, but he knew it would be better to go home and tell his parents. They could go to the hospital together. She was breathing and that was all that mattered. Billie watched the men move his sister away from the water, carrying her body towards and ambulance. He looked up to see the seagulls still circling and swooping above him. Moments passed and he watched the ambulance pull away, driving uphill and away from the danger of the shore. He turned and saw the sun lowering over the horizon, pulling away from him, moving on to another coastline. He felt sick, could still see the starfish balancing on her head, see the smile on her face, her hand floating in the water. It had been close. Too close