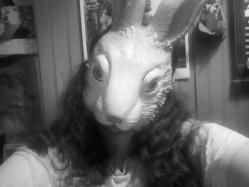 If loss were a mathematical concept—
a subtraction, a division, a formula
for invisible numbers, then how
does one calculate their own
sum? What losses are quantifiable?
What loss is as simple, as concrete,
as 2-1=1?

There once was a woman
who found skulls buried
beneath sand, she was looking
for seashells and found molars,
incisors, sockets where hazel
eyes once were. She unearthed
them gently—she feared a skull
might disintegrate as easily as the once
lived in shell of a horseshoe crab.

In logic there are no simple
arguments. It is easy to make
errors of assumption into truth. One
thing plus one thing is thus
something else. Still A+B=C is not
always the same. There are ways that A does
not equal A.

A boy chose to swallow a key.
He felt it unlocking the bones
of his trachea. It tasted of
metal but also of divinity—
that sugary candy foam his mother
once stirred above the stove for
what seemed like hours.

What in the end can one say
about the mathematics of
the world? What areas can be
expanded upon? What losses
can be added up? Does (-1)
+ (-1) = anything other than -2?

There was a village where one
of every family lived. They gathered
the bones of their loves and buried
them three feet deep. The key
swallowed by one fell through
the bones of a ribcage and turned
eventually to rust and then to nothing
ever again to be found.

Chloe N. Clark is an MFA candidate in Creative Writing & Environment. Her work has appeared such places as Sleet, Menacing Hedge, Supernatural Tales, and more. Her favorite things include bats, Buffy, and the Brothers Winchester. Follow her nerdity at – https://twitter.com/pintsncupcakes 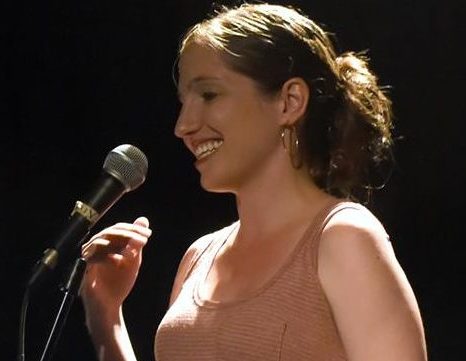