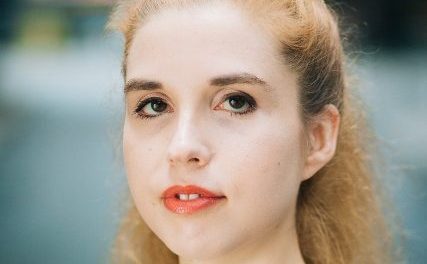 Denial, it ain’t just a river. This is what passes for psychoanalytical comedy, cross-stitched on a decorative accent pillow in Dr. N.’s office. It doesn’t exactly fit the decor, this humble square of holly hobby, propped just so on ultra modern steel frame couch, flanked by rare Dale Chihuly lighting fixtures, azure. (Dr. N.: Dale’s a close personal friend.) But when it comes to his patients, sorry not sorry, clients, Dr. N.’s willing to be flexible, here and there, grin and bear the stylistic faux paus of a misshapen coil pot, say, or a confused painting-by-numbers, tangerine lighthouse with chartreuse pelican. Such are the arts-n-crafts cobbled, voluntarily, during extended stays in assorted rehab clinics / psych wards / weight loss retreats / grievance yurts across the globe. Dr. N. tolerates it, them, the bric-a-brac of recovery, the souvenirs of self-care, as a parent might a child’s terrible piano recital. Claps for mistakes, gold stars for days, oh Timmy, you’re so talented!

{Do you enjoy participating in the exploitation of people, or?}

Take the Denial pillow. (Or don’t.) It’s the handiwork of one Rita Rogers (age: 39-ish; marital status: AYFKM; race: is a construct!), an elementary school STEM adjunct who suffered a psychotic break the Monday following the annual three-day NJEA Teachers Convention. It happened in the staff break room when, on her free period, Rita went looking for her coffee mug, which read, WORLD’S BEST FEMALE SCIENCE TEACHER. Her cubby hole, where the mug ought to have been, was empty. Someone took Rita’s mug. Stole her identity. And without that mug to tell Rita who she was, to affirm what she’s doing in this cinder-blocked, metal-detectored, security-guarded compound that could, any school day of the week, easily pass for Sing Sing Lite, without that mug to administer her morning cuppa, caffeine the only (street legal) drug keeping any grade school teacher sane, what menu option in the Jersey diner of Rita’s psyche remained? Only one. Existential Crisis, today’s blue plate special, coming right up! Name’s Deb, I’ll be your server today. Sorry hun, coffee’s extra. Side of tears and haha? Comes with.

{You don’t even know this person, this this this woman Rita. It’s wrong, what you’re doing. Not totes hilarious, not whatever whatever, WRONG. It’s like, it’s like I don’t even know you anymore. I mean seriously, and I’m being sooo deadass rn, at what point were you all, yeah no, it’s cool, let’s fucking normalize this?}

Where they found Rita was outside on the playground, pumping away on a swing, naked as the day she was born. They being the second graders in Mr. Crouse’s class, a roster of twenty 7-y.o.’s, surprise witnesses to the most arresting what-happened-at-school-today to hit the family table YTD. (Neck-and-neck with Principal Lee losing his shorts in the dunk tank on School Spirit Day. Aaron D. – not to be confused with Aaron G. – he’s got some aim, that kid.) Is that Ms. Rogers? Recess suddenly lost its shine – how can hopscotch and 4-square compete? – when compared to watching the fantastic Ms. Rogers reach swing heights heretofore unseen. Wow! cried the children, mesmerized, not by bouncing boobies or contracting butt cheeks (because what run-of-the-mill second grader doesn’t have a Holly Michaels gif queued up on hir phone), but by their Monday-Wednesday-Friday’s impressive mastery of swing technique. Will she go over the top? and What happens if she does? the spellbinding questions at hand. Ms. Rogers’ technical achievement, while certainly commendable / noteworthy, was not at all that surprising, really. She was a Physics major. (Her backup plan to go the K-5 route, that came post-post-grad, after a prized fellowship fell through, shattering a research dream.)

Class! We’re going back inside! yelled Mr. Crouse, corralling his students whilst hitting send on an emergency text to Principal Lee: SOS ZONE 6! (Zone 6 on the aerial map of George Washington Elementary School = the Northwest Quadrant of the Lower Grades Playground) Awww, do we have to? and YES, CLASS! NOW! went the collective dialogue. Meanwhile, Allison Reilly, voted Best Swinger in Mr. C.’s class by an electorate of her peers, in a landslide victory no less, stood in shock, identity shattered, monkey bars closing in. Panic and question: who the fuck was she now?

{What you’re telling me? Literally, like, none of it is your business.}

What’s the diff if I read some rando’s classified docs? They’re on the Internetz!

It’s not the same thing. You’re making a false equivalency.

{Okay then. By all means. Please. Mansplain.}

Don’t blame me, blame Cuddly Bears, the band of elite Russian hackers responsible for the latest mass security breach. Back in August, Cuddly Bears hacked into the digital files of the world’s top psychiatrists, Dr. N. being one, in an attempt to blackmail the G7 leaders currently undergoing analysis. (Little hint, First Worlders: it’s all of them.) Leaked the files to anyone who shelled out $1.99 for the Cuddly Bears App, which I already had on my phone and who didn’t. CuddlyCATCH™ was the hottest augmented reality game of the summer. (Teddys, those adorable virtual bastards, collect all 250!) Funds from through-the-roof sales of the app bankrolled the Cuddly Bears’ pipe dream of scoring top shelf shit, which lo and behold, they did. And seemingly overnight, perusing (unconsenting) folks’ medical files was no longer seen as “sick”, or, “creepy”, or, as you say, “WRONG.” Just a mindless distraction, like yarn to a mouser, optimal for killing time, enduring that long AF layover in the flight from birth to death. You know, life. Course, not everyone’s heteronormative girlfriend can see it that way.

{Wow. What you just said right there? That last bit? I mean. Wow.}

Would you please let me finish? You asked, so.

Have a think. Without us sneaking peeky peeks at total strangers’ attempted suicide notes or annotated Clonazepam scripts, at Hello Kitty diary pages crayon-scribbled with death wishes, or at red-flagged release papers from Journeys Miami, A Recovery Center for Teachers, recommending close monitoring and continued eval, how else would we ever come to realize, hey! we’re all equally messed up! / nobody’s normal! / what’s normal anyways! / screw it, let’s go catch us some Teddys! A precious thing – downright precious, I say! – is the Cuddly Bears hack. Like winter’s first snow. Baby’s first steps. Your first visit to a robot whore. (ProTip: spring the extra Jackson and go with QTPi.) And bless her heart, Rita Rogers? She transitioned to a new career as a pet psychic and is much happier now! (Fido, I see love in your future.) Good for her, that Rita. Gives me hope.

{Or maybe, here’s a crazy idea, people could try talking to each other?}

Now why would we want to do that.

{I dunno, to be less socially isolated? Or, goddess forbid, make friends?}

Who’s got time for meatspace. Do you? Look at you. No. No you don’t.

{You’re lucky it wasn’t your life that got hacked.}

Jessica Bonder is an American fiction writer and actor. She has previously published works in London-based STORGY Magazine. Her short story “Not Today” won first place in STORGY’s 2015 Short Story Contest, judged by author Paul McVeigh. She has stories forthcoming in Split Lip Magazine and The Bohemyth (2017). She holds a BA in English and Art History from the University of Pennsylvania. She lives in New Jersey. www.jessicabonder.com Twitter handle: @jessbonder