“Aren’t you going to say anything?”

Paul ignores the question. Instead, he glances down at the coffee-table that Mel insisted on buying two years ago: polished dark wood, glass, it is very low, very slim, very sophisticated. He’s tossed a stack of magazines on top of it, and ordinarily Mel would be telling him, in a tired voice, how she hates to see the furniture so cluttered.

“I really want to talk about this,” she’s saying now, “I want you to understand that I don’t want to hurt you.”

One of the magazines is a copy of Science Now. This morning, while crunching down his Honey Nut Cheerios, Paul learned that the colossal squid, which can reach over five metres in length, has never been studied alive. He’s always been a sucker for mystery. The less he knows about something, the more he wants to, which is why he fell for Mel. At the graduate mixer where they met, she was the only one he thought had any spark, anything unexpected to say.

“It’s not you, honey, it’s just that something’s changed. Do you know what I mean? Things just aren’t the same.”

Most of what the world knows about the colossal squid is the result of some fishermen in the Antarctic Ocean accidentally catching a colossal squid in 2007. It was caught on a longline, still holding onto a toothfish. It was bright red, under duress, about to die because of a too rapid change in pressure. In the photos from the magazine, Paul thinks it looks strangely like a human heart: all muscle, no armour. The fishermen recognized the value of the specimen, so it was frozen and brought to the Museum of New Zealand, where it was studied.

“No one’s ever sure why things work out the way they do, Paul, or why they don’t, but I need you to know I think this is for the best.” Mel’s voice is steady, but there’s something else detectable, something beneath the surface. Just now, however, Paul is thinking about the anatomy of the colossal squid. It has eight arms and two even longer tentacles, which it shoots out like whips to bring its prey into its arms.

“I don’t want to hold you back,” Mel says, “Love isn’t blind, you know. I can see this isn’t working anymore.”

The colossal squid has the largest eye of any known animal. Its eyes collect every last photon of light in the depths of the ocean. It has the ability to distinguish detail.

The colossal squid has serrated sucker rings and hooks, and the hooks on the tentacles can rotate and swivel, which is especially useful because scientists believe that it lives and hunts in the open ocean. Mel leans off the couch, compulsively straightening the stack of magazines on the coffee-table. “Won’t you say anything?”

No one has seen a colossal squid producing ink, so no one knows what the ink looks like or how the squid uses it. Because it is believed to live so far beneath the ocean surface, black ink would be useless. So perhaps it produces luminescent ink, maybe it dazzles its predators away. “For an instant, there’s a light in all the darkness, and then, just like that, it’s gone,” Paul says.

Mel drops her hands away from the stack of magazines. “I don’t want you to think this is easy for me, sweetheart.”

Paul shakes his head. Maybe the colossal squid spellbinds its predator with a strange fluorescent glow, then disappears as the light fades. But no one knows. That’s just a theory. That’s just one possibility.

Ruth Daniell is a Canadian writer who was recently named the winner of the 2014 Young Buck Poetry Prize by Contemporary Verse 2 and is a current nominee for the Pushcart Prize for poetry published in One Throne Magazine. Originally from Prince George, BC, she now lives in Vancouver, where she runs Swoon, a literary reading series on love and desire that she founded in 2013. Her poems and stories have appeared or are forthcoming in various journals across North America and online, including The Malahat Review, Room Magazine, Dappled Things and Arc. Visit her on her website: ruthdaniell.ca 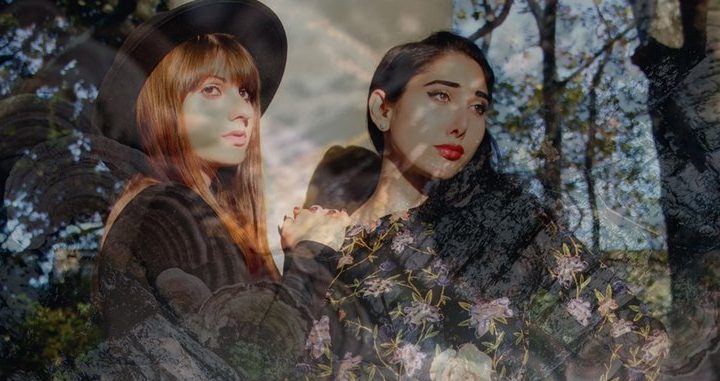